Dedicated To Getting Our Clients The Results They Desire!

Dedicated To Getting Our Clients The Results They Desire! 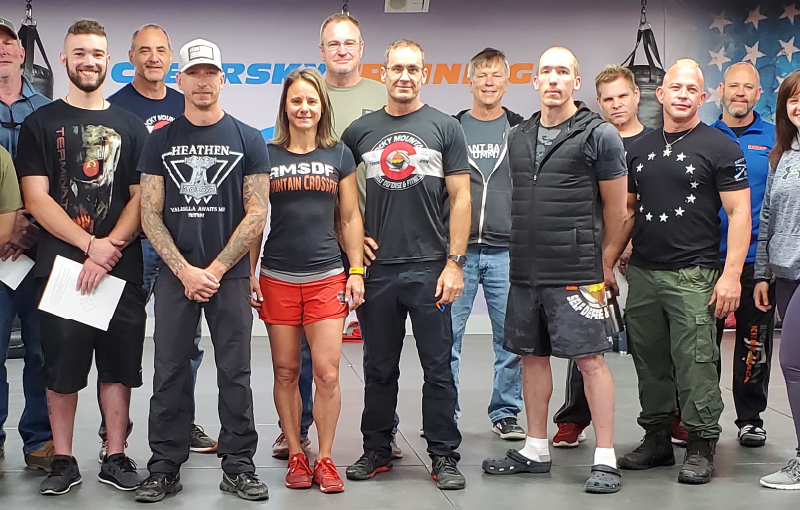 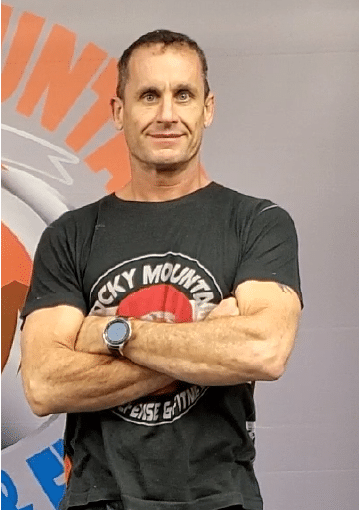 founded Rocky Mountain Krav Maga in November 2005. He is a 4th Degree Black Belt with the Krav Maga Alliance under John Whitman…

Jenny Jaeger-Hallett has been Crossfitting since April 2009 after the birth of her 2nd child. After years of lifting weights, running…

Greg started his Krav Maga training with John Hallet in 2008 and has a background in traditional martial arts. Greg is currently a Krava Maga instructor and in addition is certified as a civilian law enforcement instr…

Tyler found CrossFit while serving in the US Army, after becoming bored with the traditional “Back and Bi’s,” “Chest and Tri’s,” and “Leg day” so common at most gyms these days. Tired of spending hours at the gym, he began looking for ways to speed up his time exercising, while still getting a good workout. In 2008… 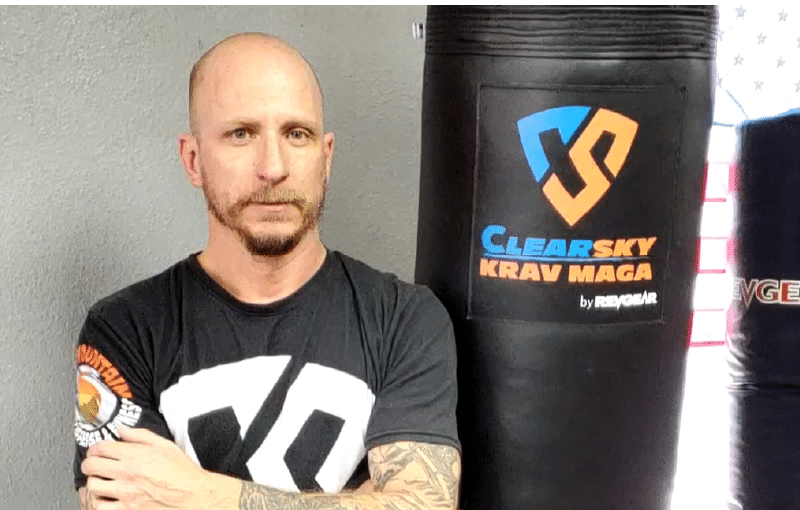 Lisa Middleton joined Rocky Mountain Self Defense and Fitness in June 2006 after graduating from a law enforcement academy. She had taken other self-defense and kick boxing classes over the years, but she fell in love with the Krav Maga.. 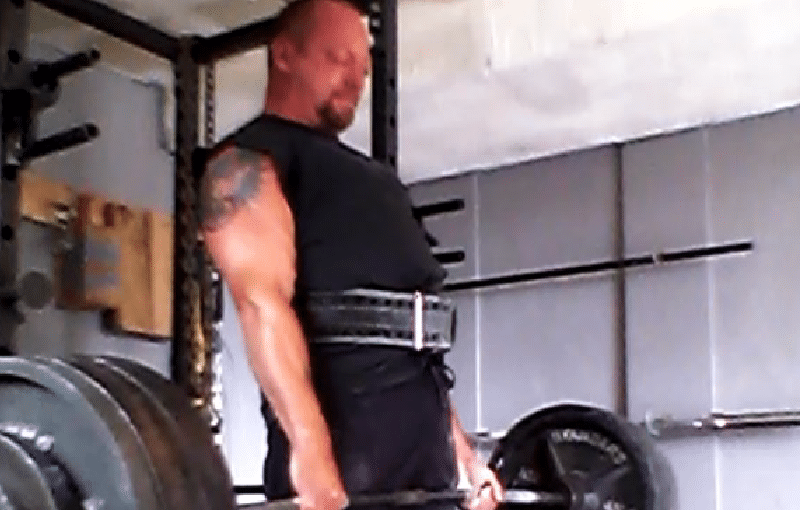 My name is Brian Radulovich. I’ve been powerlifting for close to 30 years. I won the 2009 USAPL National Championship 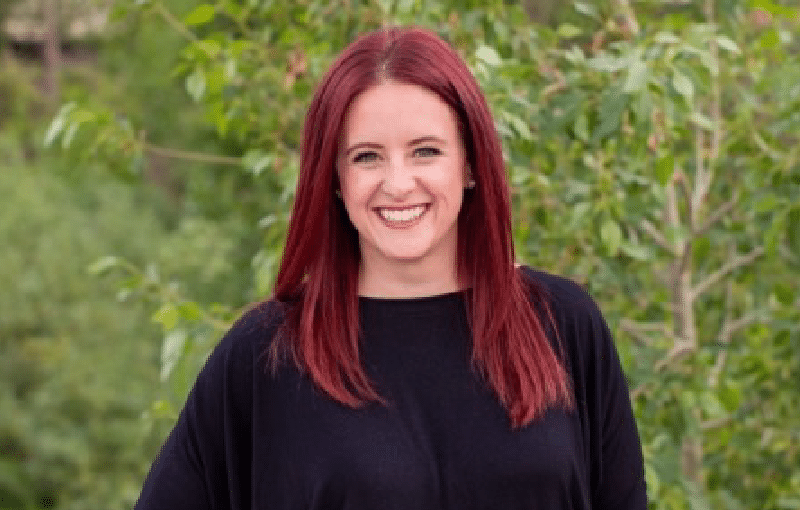 I was born and raised in Albuquerque and moved to Colorado in 2015. I am a Wife, Mom, Step-Mom, Daughter

We have a fantastic staff at RMSDF. If they lack anything its writing a Bio for the website

John started his interest in Martial Arts in 1992. He began teaching in 1997. John formed Krav Maga Nantucket and Revolution Martial Arts in 2000 and ran these programs until October 2005. He maintains his strive for excellence not only for himself but also for his students.

John believes that Krav Maga offers a better all-around fighting and self-defense system for both men and women. He finished the final phase of instructor training for Krav Maga in 2004 and is now working on the last expert series of Krav Maga training. John was also selected to the Krav Maga Train the Trainer program in 2007. This is a small group of Instructors from across the country who are trained to conduct Instructor certification courses.

John’s approach to fitness is one of a martial artist combined with a fitness enthusiast. He believes that his classes offer the best combination of fitness training for everyone, from the beginner to the more experienced student. Because he gives his heart to all of his programs, students quickly excel beyond their own initial expectations.

John added the CrossFit program to the training center in 2007. It is his feeling that it’s the best all around fitness training for Life, Sport &amp; Self Protection. It is a workout program that works for the elite athlete as well as couch potatoes looking to get in shape.

The authorized bearer of this insignia has proven his or her dedication to the Krav Maga system, and to helping others become safer and stronger.

The motto of the Training Team is “Lead By Example.” The members of the Alliance Training Team have, prior to their selection, proven themselves to be examples to their peers through hard work, depth of knowledge, and devotion to excellence.

“Even Slow Progress Is Progress”

Jenny Jaeger has been Crossfitting since April 2009 after the birth of her 2nd child. After years of lifting weights, running, swimming and biking she found Crossfit. She believes it is THE strength and conditioning program that achieves results. The combination of weightlifting with cardio conditioning, and quantitative results provides a diverse program that keeps athletes engaged. She became Crossfit Level 1 Trainer, Movement and Mobility Trainer, CrossFit Gymnastics Trainer, and Olympic Weightlifting Trainer. Her passion is to help athletes of all abilities and ages achieve their fitness and health goals. She takes a special interest in helping athletes hone in their diet.

Jenny partnered with John in 2012 to become a co-owner at RMSDF. Reaffirming her commitment to better peoples lives through Self Defense &amp; Fitness. A large part of Crossfit is “mind over matter”. When people push themselves just a little more everyday, or just try for “one more rep” it’s amazing to see what that does for their spirit. Whether you are just getting off the couch or have been Crossfitting for years, she works to create an atmosphere of inclusion at all levels and a team spirit within the gym. She wants to foster an environment where all ability levels can thrive and achieve their goals.

Tom Marks
At age 40 Tom was looking for a new challenge. He was always interested in Martial Arts, but was looking for a program that was practical, efficient and proven on the street. Tom started training in Krav Maga at RMSDF in January 2007. In order to deepen his understanding of the system, Tom became an instructor in 2010.

Tom enjoys teaching and watching people develop the mindset of never giving up, both mentally and physically.

Tom trains in crossfit because he believes it pairs perfectly with Krav Maga to meet whatever challenges today may bring.

Tom is employed full time as a Captain with a Denver based airline.

Lisa Middleton joined Rocky Mountain Self Defense and Fitness in June 2006 after graduating from a law enforcement academy. She had taken other self-defense and kick boxing classes over the years, but she fell in love with the Krav Maga system from her first class. She loves how the system builds on instinctual reactions to situations and is easy to learn. Lisa became an instructor in 2008 and teaches the Women’s Self Defense classes. It is important to her that no woman should have to be a victim. Lisa wants to encourage women to be the best they can be. Lisa prides herself on taking her students from whatever physical condition they are in and building them up from there. When Lisa is not training at the gym, she is hiking Colorado’s 14’ers, running in 5k races, and spending time with her family.

Greg started his Krav Maga training with John Hallet in 2008 and has a background in traditional martial arts. Greg is currently a Krava Maga instructor and in addition is certified as a civilian law enforcement instructor through the Krav Maga Alliance Force Division. After taking his first class Greg realized just how effective and simplistic of a self defense system Krav Maga truly is. This eye opening experience sent him on his journey to become a Krav Maga instructor. Greg enjoys working with new students and watching them progress and develop the life changing skills that Krav Maga teaches. Fight class is one of the many areas of expertise that Rocky Mountain Self Defense and Fitness offers its students and coaches. Greg seldom misses an opportunity to participate in and or coach a fight class. It is one of his favorite activities to participate in at the gym. Greg stays in shape for his Krav Maga classes by regularly attending cross fit and finds it to be the perfect fitness program for his needs both personally and professionally. When not at the gym or climbing Colorado’s “14′ers”, Greg works as a pilot for major international airline.

Tyler found CrossFit while serving in the US Army, after becoming bored with the traditional “Back and Bi’s,” “Chest and Tri’s,” and “Leg day” so common at most gyms these days. Tired of spending hours at the gym, he began looking for ways to speed up his time exercising, while still getting a good workout. In 2008, while preparing to deploy to Iraq, a buddy of his introduced him to the CrossFit website and the WODs and pushed him to try it. Not being totally sold on the idea, it took until he returned back home in 2009 before he tried his first WOD…Thrusters, Burpees and Walking Lunges. This simple Triplet left him lying on the ground, pale, sweating and gasping for air after only about 15 minutes of work…He was hooked and wanted to know more.

At the time, he was stationed in a small town in Southwest Oklahoma with no Crossfit box anywhere close. So he subscribed to the CrossFit Journal, numerous CrossFit-related forums, and YouTube pages in order to begin learning all he could about it. The more he read and studied, the more he loved what the program offered, and eventually began implementing CrossFit-style WODs into the early morning physical training periods with his Army unit. He shared his passion for CrossFit with everyone and led many of his friends and family to find CrossFit boxes in their areas. He even convinced his wife to start CrossFit, and she too “drank the kool-aid” and was hooked.

By 2011, he knew that he found the program he had been searching for, and played around with the idea of one day opening his own CrossFit box and sharing his love for the program with others. Tyler and his family relocated to Castle Rock, and after checking out other CrossFit boxes in the area, he stopped in at RMSDF and after a brief conversation with John and Jenny. He knew right then he had found the right CrossFit box for him. In 2013, he began the RMSDF apprenticeship program and attended both the CrossFit Weightlifting, CrossFit Level 1 Trainers Course, and CrossFit Mobility courses. Tyler loves coaching and helping people to achieve their goals and accomplish things they never thought possible.

“Seeing the smile and sense of accomplishment on an athlete’s face after they’ve hit a milestone is awesome, there’s nothing better than that.”

I was born and raised in Albuquerque and moved to Colorado in 2015. I am a Wife, Mom, Step-Mom, Daughter and have a wonderful job in machine leasing. I started Crossfit in 2012. My first workout was 100 thrusters for time (I still don’t know why I went back the next day). I started Crossfit because I had a life-altering event happen and I decided that I would never let that event define me. I was gonna be stronger mentally and physically. Fast forward a few years and here I am coaching at Mountain Crossfit. I just hope to continue learning from the amazing coaches at Mountain Crossfit and share that knowledge with all the athletes. Mountain Crossfit is my home away from home.

My name is Brian Radulovich. I’ve been powerlifting for close to 30 years. I won the 2009 USAPL National Championship in the 220lb weight class with a 744 squat, a 474 Bench Press, and a 655 deadlift. I am USPA certified powerlifting coach. I live in Castle Rock with my beautiful wife Kyra and my family.

Mark was a sedentary IT professional until 2014 when he started doing triathlons in his early 50’s. He adopted a whole-food, plant-based diet in 2015 and began doing CrossFit to add strength in Nov. 2016 where he fell in love with the people, methodology and results. He received his CrossFit Level 1 Trainer certificate in Nov. 2018. His coaching approach focuses on injury prevention through good technic and appropriate scaling.